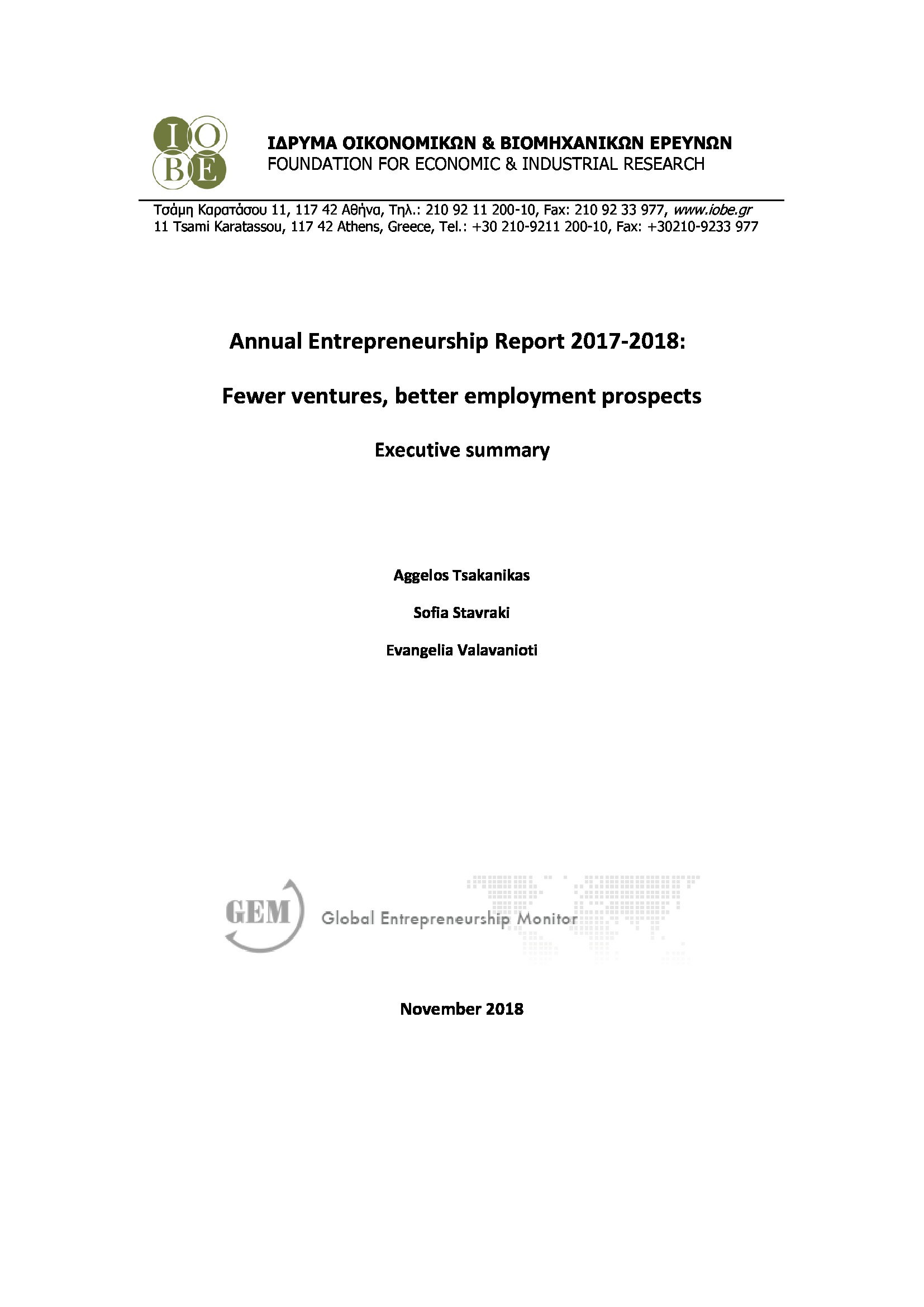 In Greece, the percentage of the population aged 18-64, which in 2017 was at the early stages of entrepreneurial activity (including self-employment), dropped at 4.8% (approximately 320 thousand people) from 5.7% (approximately 380 thousand) in 2016. This rate is the lowest ever recorded (2003-2017: 6.9%) and well below the average level of “innovation-driven economies” (2017: 9.2%). Therefore, it seems that despite the gradual stabilization of the economy during 2017, uncertainty remained strong and affected the level of early stage entrepreneurship. At the same time however, a small increase in the supply of waged employment was recorded, while unemployment declined.