The state of youth entrepreneurship in Ecuador 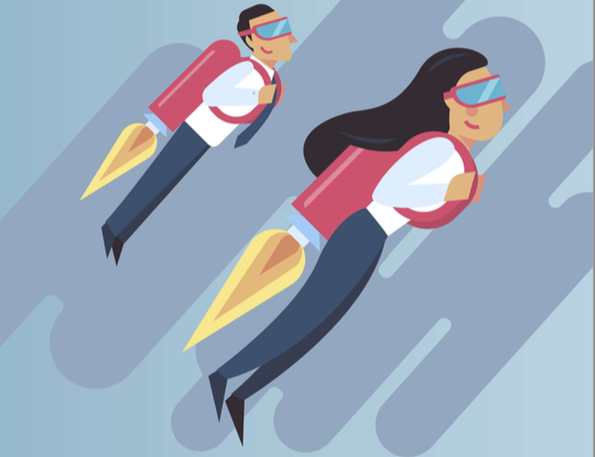 Youth unemployment is on many countries' agendas as it relates to the Sustainable Development Goals. The International Labour Organization estimates that 1 in 5 people aged 15-24 years old are neither studying nor working. It is commonly thought of entrepreneurship as a solution to this issue: by integrating the youth in the labor market as business owners, their potential to contribute to economic development maximizes.

Jack Zambrano and Virginia Lasio of the GEM Ecuador Team investigated this issue as part of the just published Youth Entrepreneurs in Ecuador 2012 - 2017 Report. In the report, they argue that youth entrepreneurship has another important role that is often glossed over: it can complement formal education, allowing the youth to gain competencies and boost their employability potential.

Zambrano shared some of the key takeaways from the research in the following Q and A.

How are youth entrepreneurs perceived in Ecuador? How does this compare to other countries?

The general opinion in Ecuador is positive. From 2012-2017, 66% of our young population (18-34 years old) consider entrepreneurship as a good career option, and a similar proportion associates entrepreneurs with high status. This is around the same average as those in the LAC (Latin America and the Caribbean). In Ecuador, around 77% thought entrepreneurs received frequent media coverage, a rate above average among LAC countries.

What type of businesses do we see youth working on in Ecuador?

The scale of these ventures is often small. On one hand, around 54% of the youth involved in TEA – total early-stage entrepreneurial activity – expect to create 1 to 5 new jobs, while 35% expect no job growth at all. On the other hand, 90% don't expect to have foreign customers. These indicators of aspirations are among the lowest in the LAC region.

Are there differences in the types of businesses set up by male and female youth entrepreneurs?

On average, female youth entrepreneurs work with smaller teams, expect to create less jobs and concentrate more on customer-oriented services. We think that these results may be related with necessity-driven entrepreneurship being more prevalent among the female youth.

What have been some of the keys to growing businesses started by youth?

We found that the educational attainment of the youth is positively correlated with several favorable traits for entrepreneurship. For example, the college-educated are less likely to desist from starting a business because of fear of failure. At the same time, they are more likely to perceive themselves as capable of starting a business. Furthermore, higher education is also positively correlated with business aspirations, with college-educated young entrepreneurs (on average) expecting to create more jobs and reach foreign markets.

Moreover, adaptability appears to be important. Some successful young entrepreneurs here in Ecuador have transformed their businesses while in the early stages. The process of starting a business and putting their ideas out in the market allowed them to discover better opportunities and shift the direction of their businesses.

What are some of the common pitfalls that should be avoided?

We found that 35.7% of our younger youth (18-24) must rely on family savings in order to maintain their businesses, signaling that other sources of financing are not enough to make their ends meet. Getting credit from banks as a young person can be hard, since the requirements can be too steep for them and they haven’t been able to accumulate enough wealth and build up their credit score. Furthermore, 13% of the students aged between 18 and 34 years old are involved in the setting up of a business, so they have to balance limited resources between these two occupations.

There are also certain pitfalls that are hard to measure and consequently end up outside the scope of the GEM surveys. From our interviews, a common theme is young entrepreneurs underestimate how much they would be in touch with their customers and suppliers. We featured the story of Eduardo Raad, CEO of Datilmedia, in the report. He told us that sometimes (especially in a small business) you have to step down from the CEO seat and become a customer service agent because the clients are the best information channel.

From a policy perspective, what are some key recommendations to increase the number of youth entrepreneurs who can start and successfully grow businesses?

Even though only a portion of the population engages in entrepreneurial activities, we recommend including entrepreneurship education in the basic levels of education (primary and secondary). These skills are valuable to all kinds of people, even if they pursue careers as employees. It is important for this education to encourage the development of managerial, team building and networking abilities.

When comparing with LAC countries, one can see that in Ecuador there is a high number of entrepreneurs in general (young and older), but paradoxically, our business network metrics don't follow the same trend. For example, we detected a higher density of solo young entrepreneurs.

Young Ecuadorians knowing at least one entrepreneur is smaller in comparison to other LAC countries. These behaviors being more common than in similar countries raises some concern, and could be interpreted as a weakness. This situation poses an opportunity for local institutions, associations, guilds, etc, to step in and promote building business networks, especially among the youth.